A large percentage of runners run while listening to music. As someone who used to workout and run, I noticed that when my pace syncs up with the beat of the music I'm listening to, my endurance increased greatly. That got me thinking:

What if there is a music app that can create a music playlist that matches runner footstep? From that concept came Tempo. Based on audience research, the app creates a seamless experience for runners to help them with their journey. 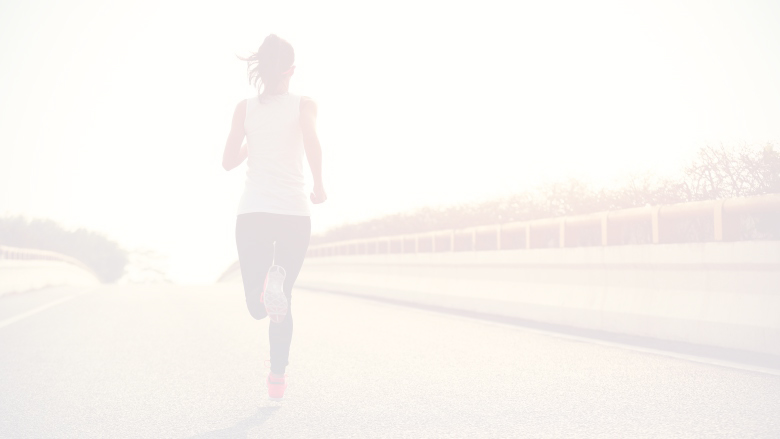 The design process starts with the users. I researched the potential user base for the app, i.e. people who listen to music while running, by conducting interviews and surveys, from which I derived the most prominent 5 user stories. 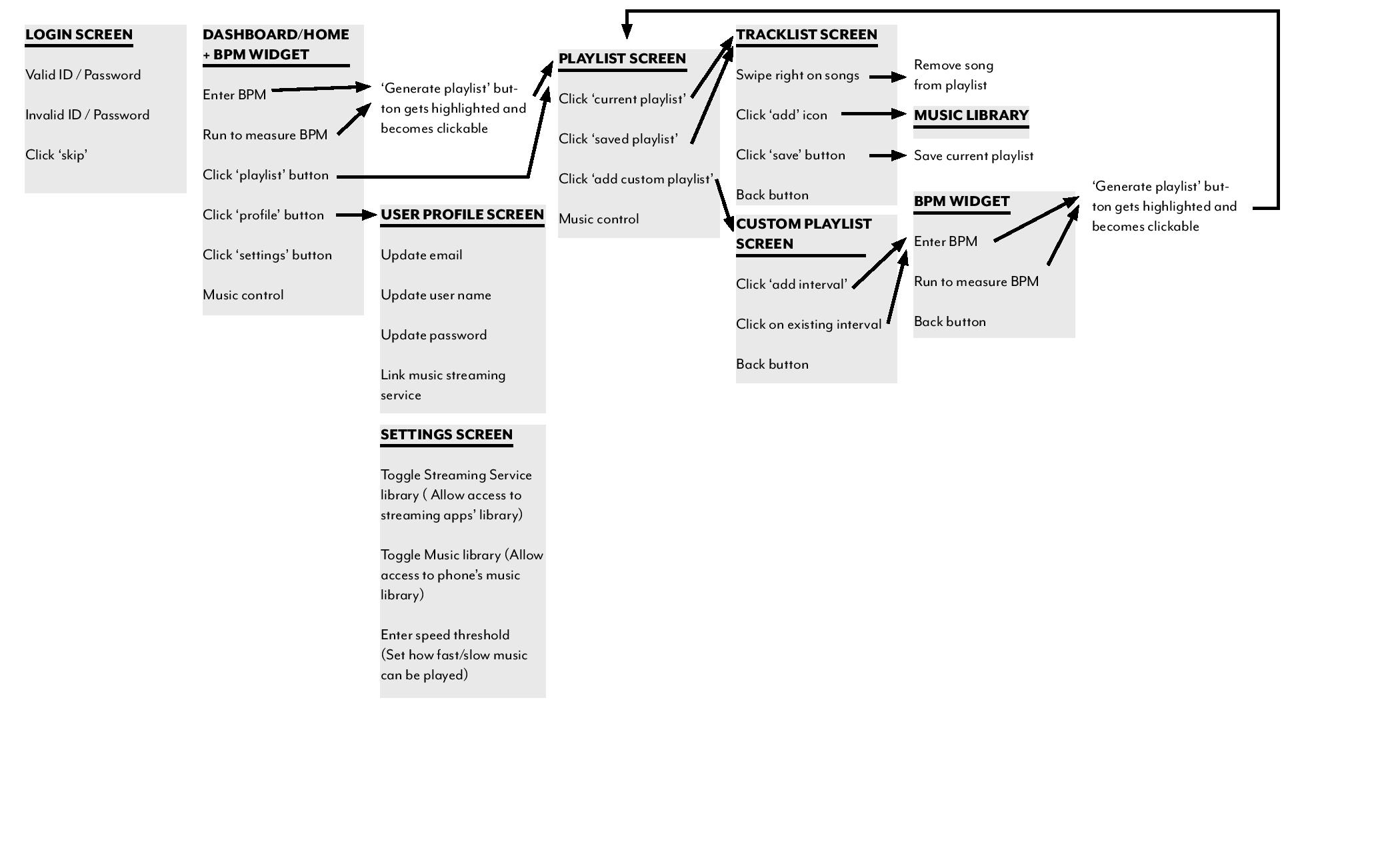 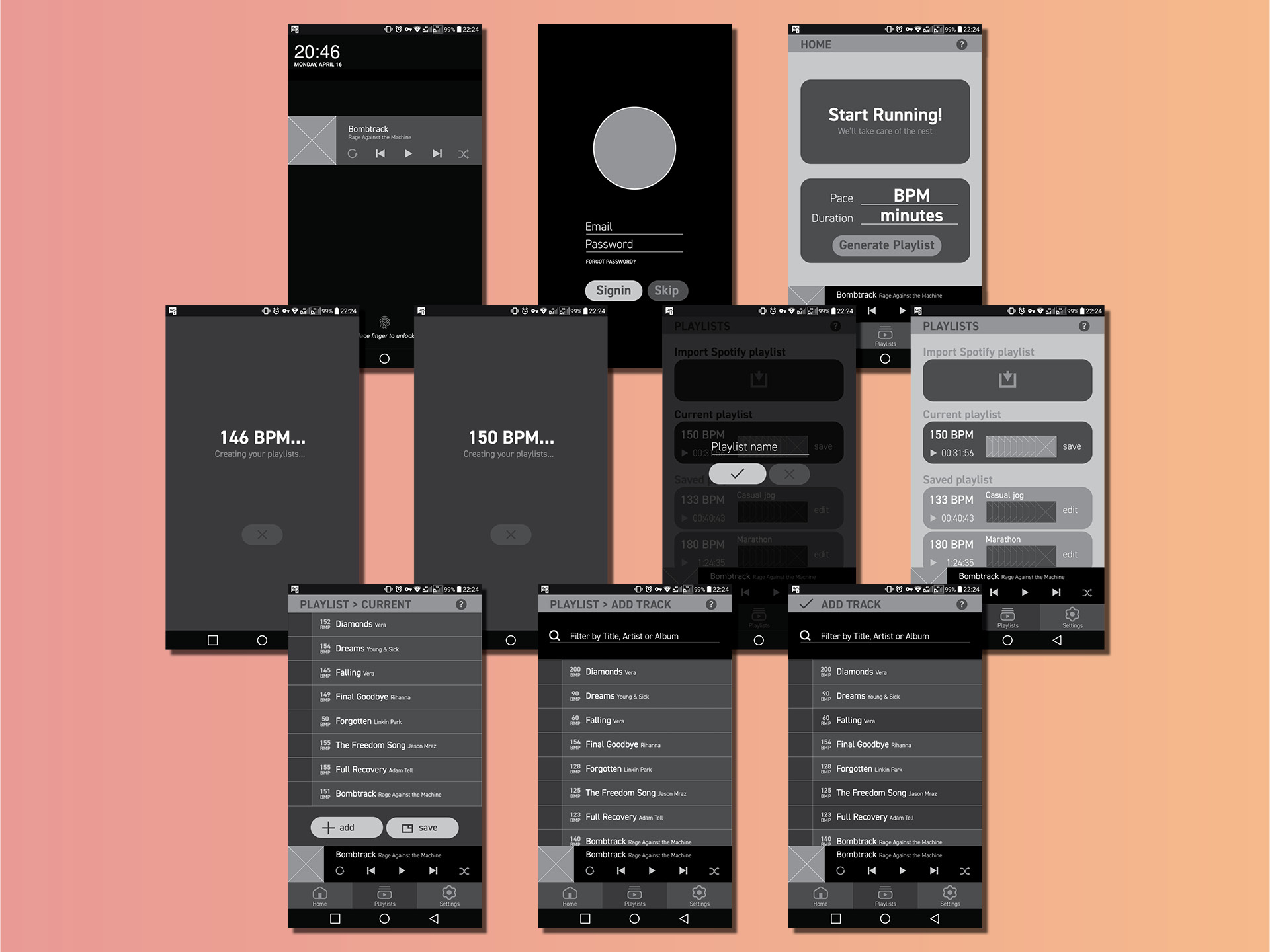 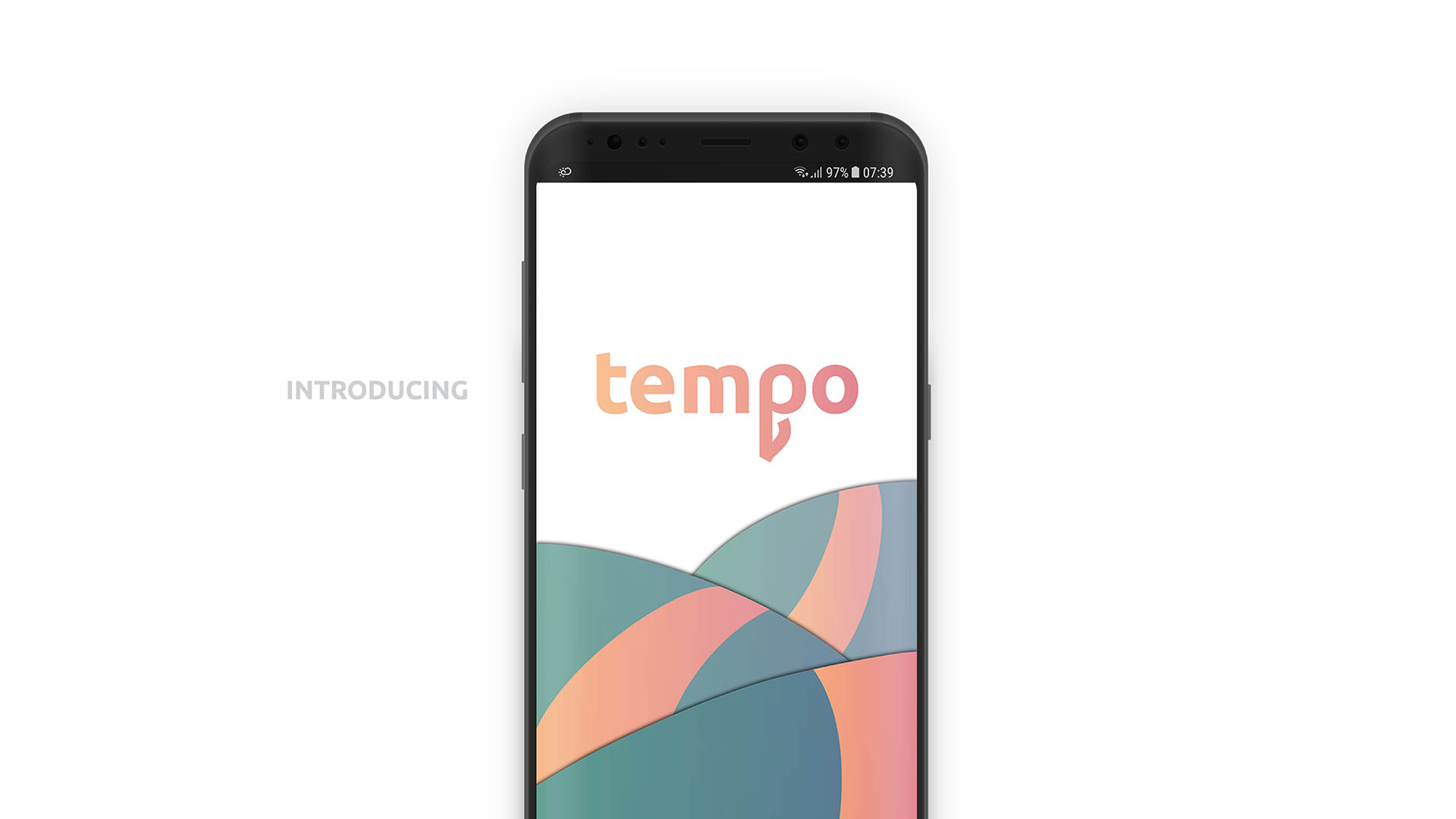 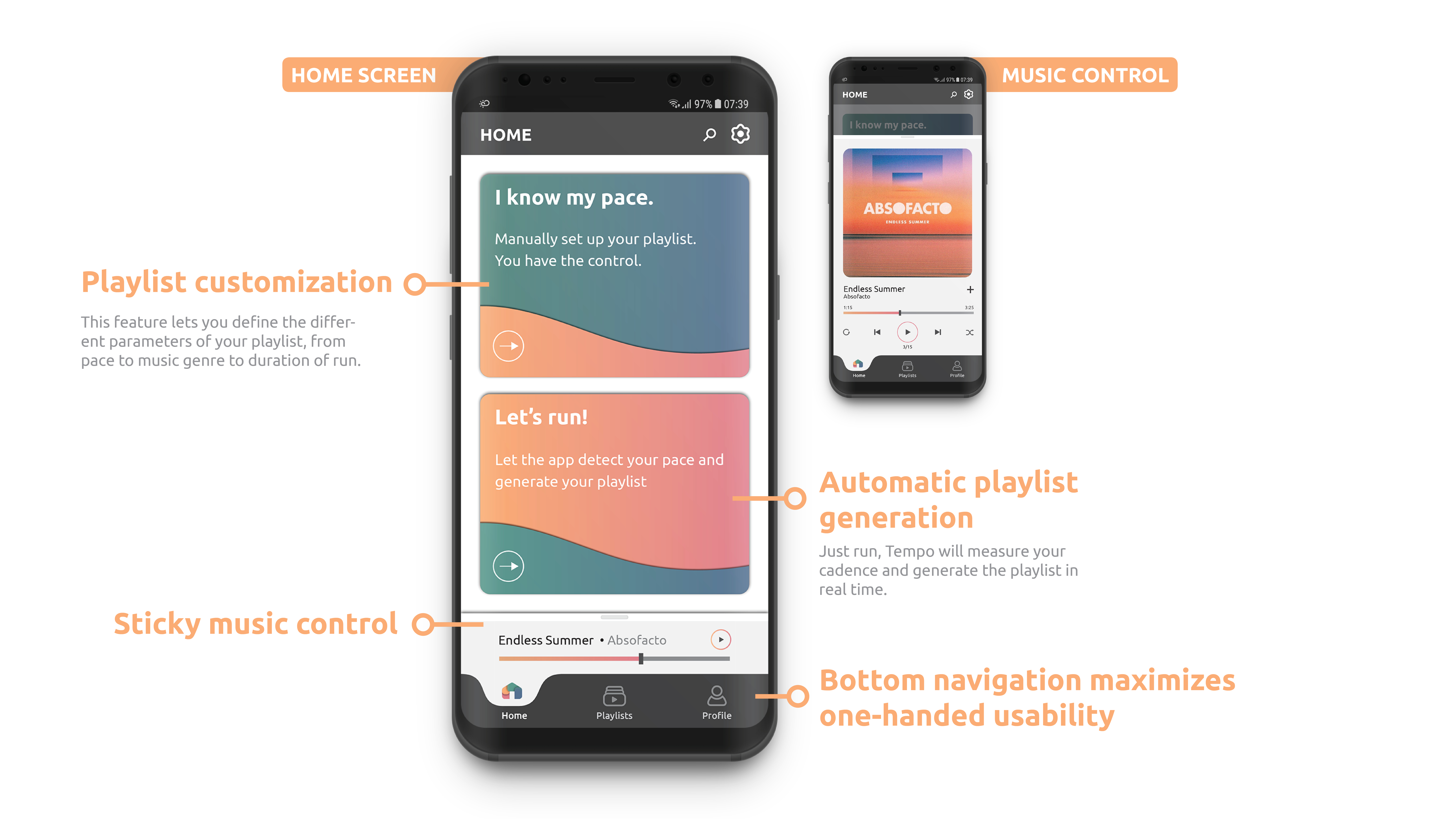 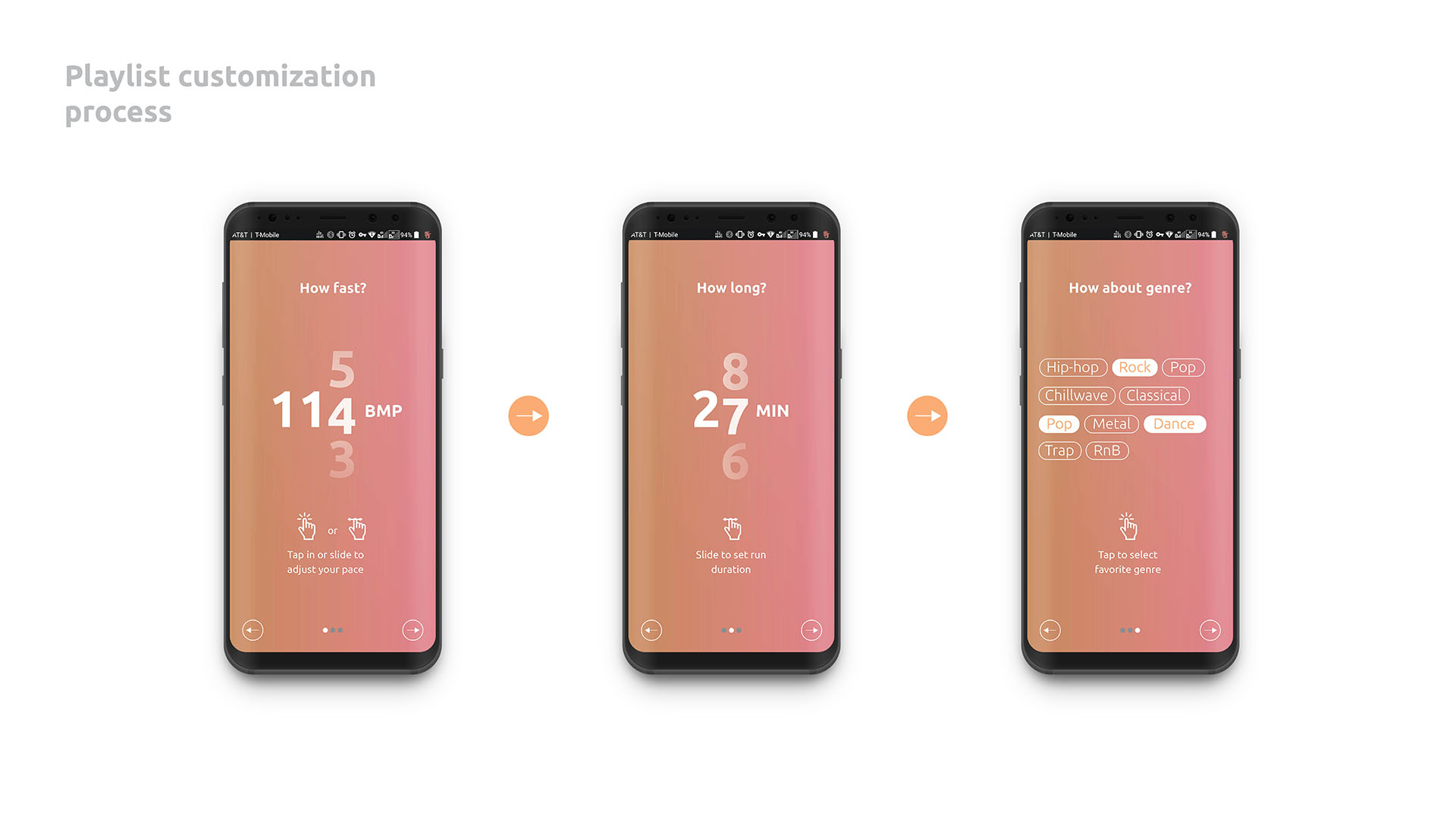 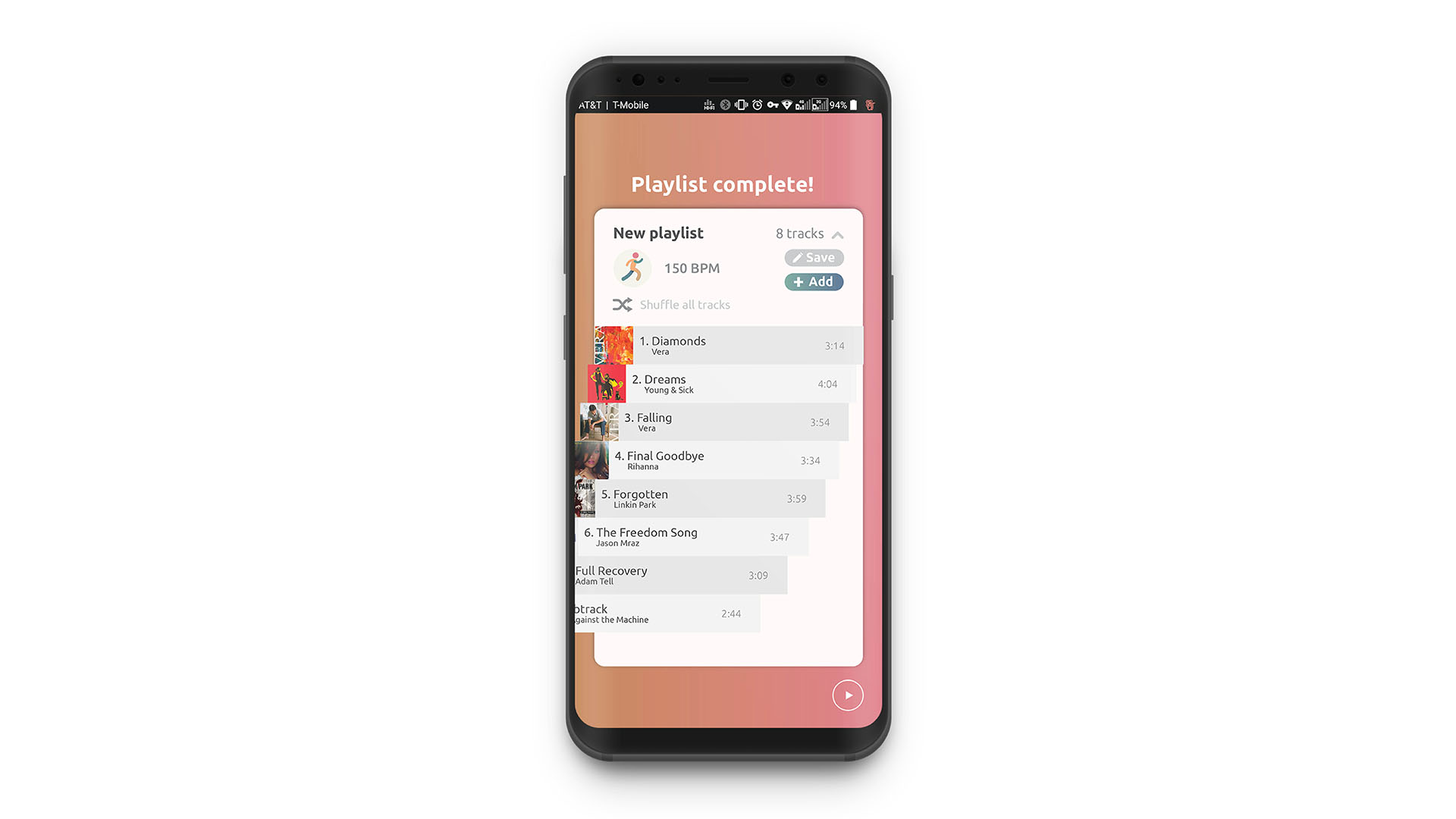 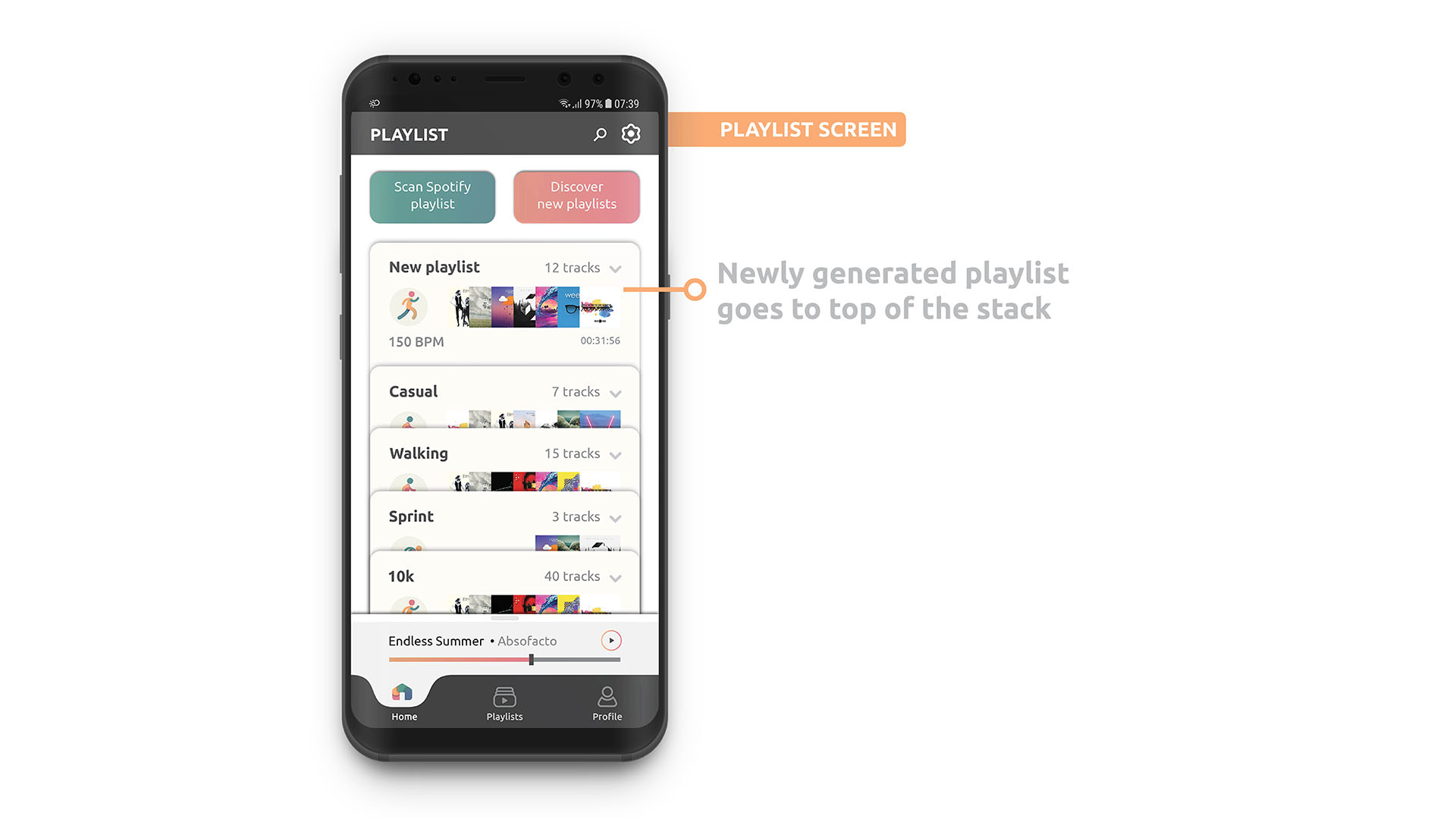 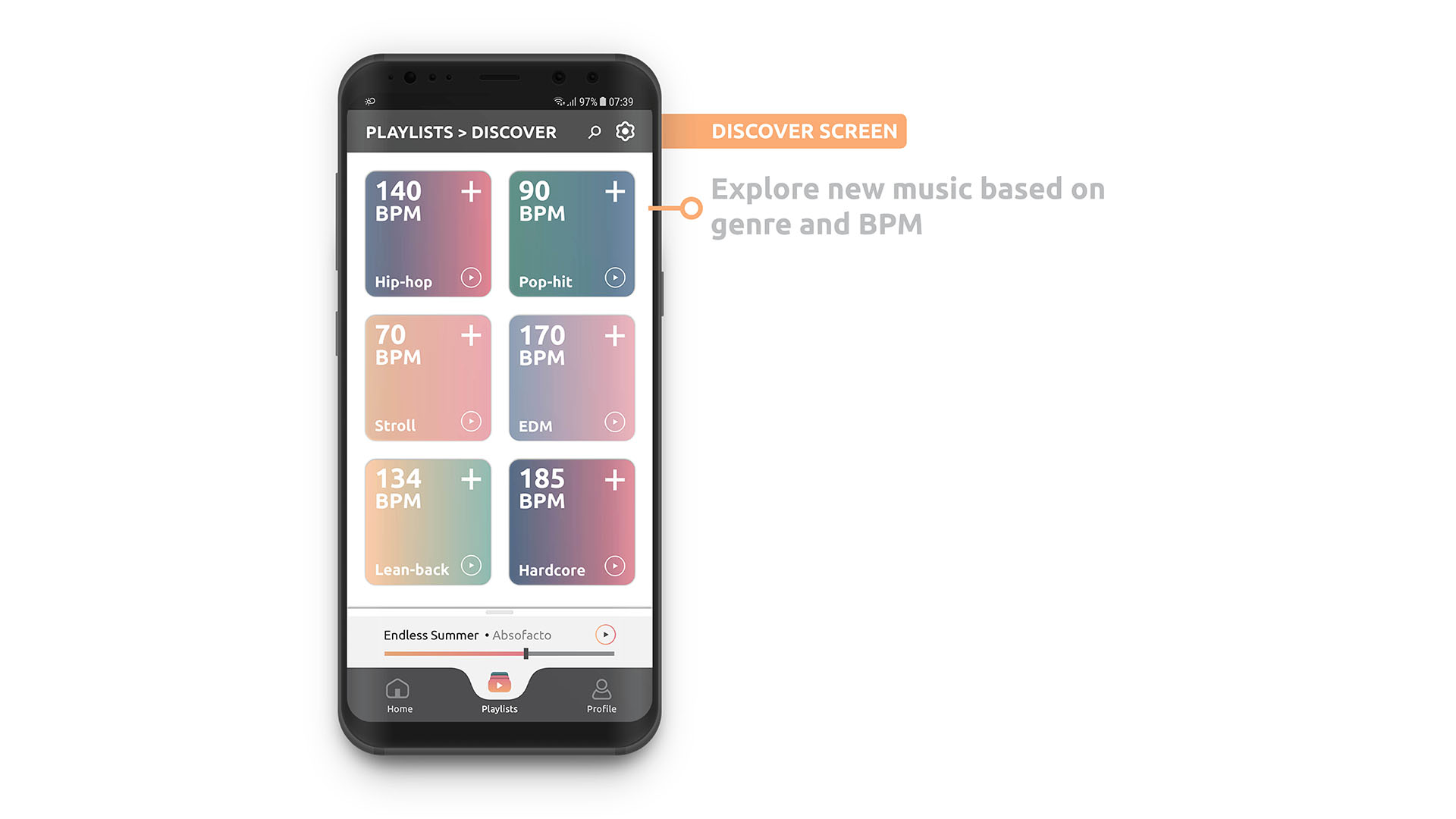 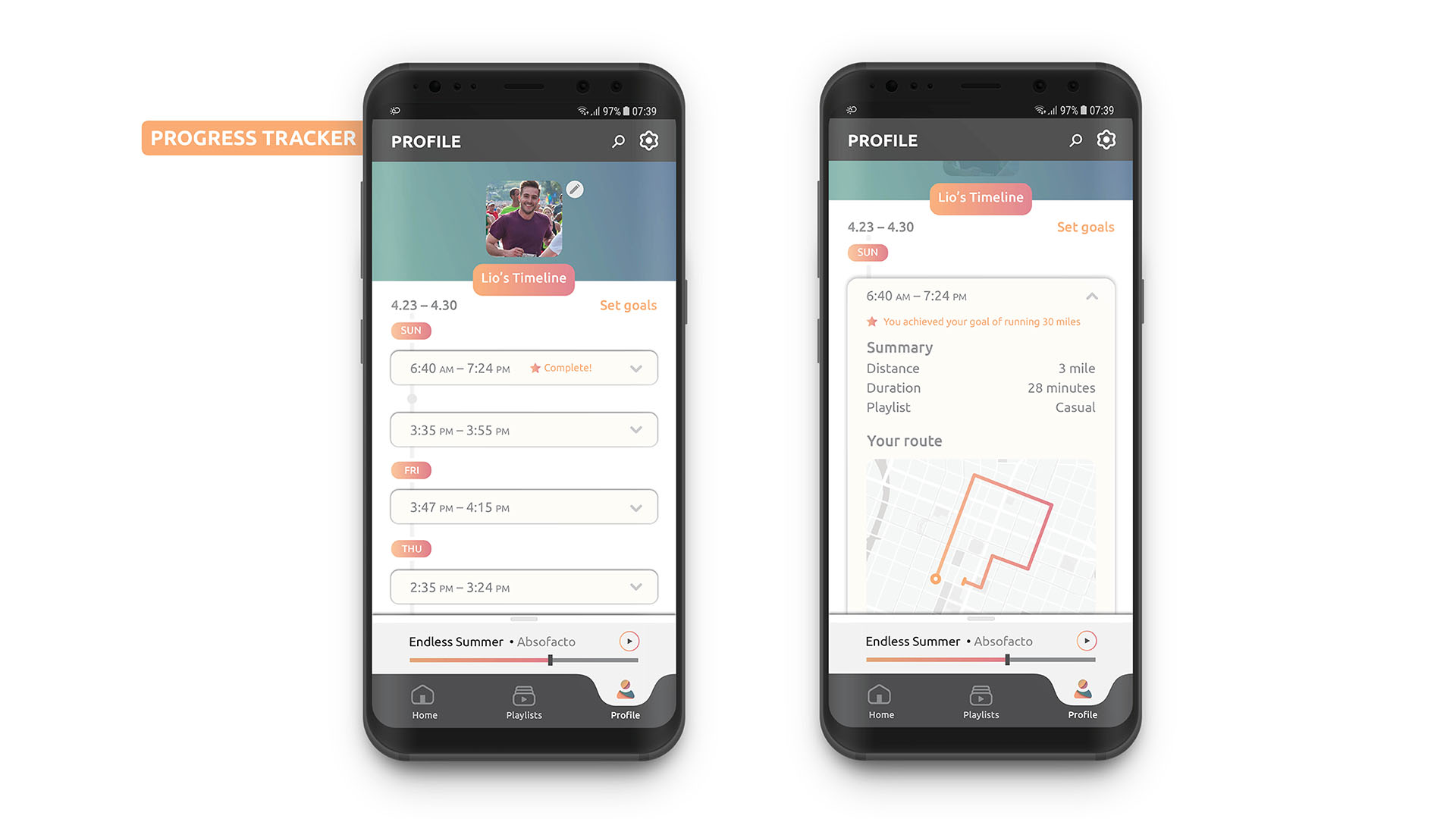